Does the veil thin during Samhain? Communing with the otherworld

All Blogs | Written by: Emma, the Hagetisse in Magic, All wise woman's posts, Spirituality and religion, Up close and personal 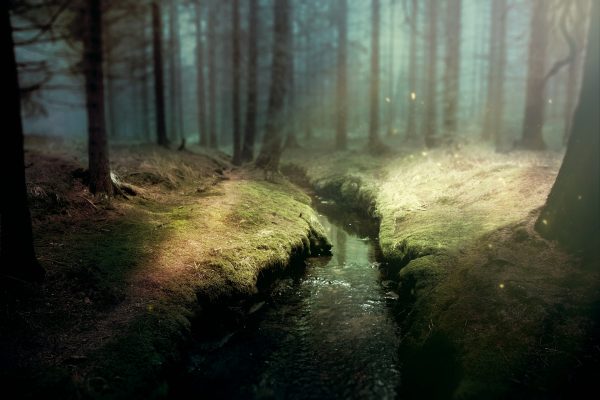 With Samhain drawing near quickly, you see the memes about the veil being thin around this time of year pop up everywhere. Now, I can imagine with the days getting shorter and the weather getting uglier – on this continent at least – one feels closer to the otherworld. Those of us who still go outside regularly will feel the nip in the air. That will subconsciously remind them of harsh times, and possibly death, ahead and as such might make the otherworld more tangible.

During Samhain we pretend to not be home

I myself do not celebrate Samhain, not in a religious sense anyway. As I wrote earlier, I do not adhere to a specific acknowledged religious regime. We do have rituals that are particular to our family. This time of the year we watch the usual movies, drinking hot cocoa. However, for me the time around midwinter makes more sense to go inward. To realise that another year has passed. To take a moment to release that which has passed, be grateful to be as snug as a bug in wintertime and look forward to what is to come.

That’s the time when me and my family celebrate for days at a row. During Samhain we mostly try to appear not to be at home to avoid the commercial shit that is Halloween.

The veil doesn’t thin during Samhain, if you ask me

So, does the veil thin during Samhain? No, not particularly if you ask me. For me the veil is thin all year round. Because of my animistic worldview I constantly commune with the otherworld. I commune with all that’s around me, whether it’s seen or unseen. Whether it’s warm or cold, supposed to be dead or alive, I’m aware of it. It’s part of being a hedge rider.

I’m continuously between worlds and deal with life and death on a daily basis. Sounds creepy? A long time ago, it used to creep me out every now and then, but not anymore. I know my way and am known and respected on any plane, just like I know and respect my fellow creatures. Travelling to and from or communicating with the otherworld is all part of a wise woman’s day’s work. It’s the very basis of magic.