Fate or wyrd and everything it entails: how being in control is an illusion

All Blogs | Written by: Emma, the Hagetisse in Health and wellbeing, All wise woman's posts, Magic, Spirituality and religion 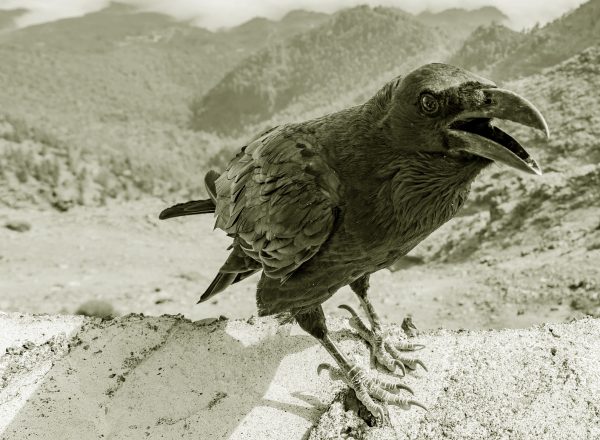 One aspect of my spiritual practice is an inextricable part of my magic and my practice as a hagetisse. I’m talking about the way I look at how life works, about wyrd. The reason why it is so important for my practice is that I sincerely think that how we look at things in modern society is one of things that is actually making us sick and unhappy. Since having a healthy life vision is essential to our well-being, I decided to dedicate some articles to this. It’s too intricate to just pen down in one blog, so instead I wrote three. This is the first in the series. But before you read on, I suggest you read the blog on the limitations of language so you have some tools to work with when diving into this intricate matter.

In our modern world – in which we are literally surrounded by technology all the time – it is hard to remember where we came from. When seen in the greater history of time, it isn’t even that long ago that we were hunter gatherers, as fragile as any other mammal in the dense woods that once covered the earth. We didn’t think we were in control of our lives back then. We believed in fate or wyrd. Life was full of mysteries then, things we couldn’t understand rationally.

It still is. However, nowadays we got it into our heads that we can explain everything using our newest religion called science. Our ancestors had another way of dealing with life’s mysteries. They were connected to the deeper wisdom of the earth and felt how things worked. Call it instinct, call it ancient knowledge, the gist of it is that they were able to live on and off the land without the aid of all the technology we have now.

We have lost more than we gained

Some call science and technology the biggest blessing that ever happened to humankind, but I think there are but few that cannot see the downside of all this. Most of us realise that we had to pay a price, a price that looking back we might not have been willing to pay. It has cost us our interconnectedness. Many of us are now no longer part of the close-knitted societies we saw only two generations back. And what is worse, most of us have totally lost any sense of connection to the land that we have sprung from.

We do not see the interconnectedness of all that is anymore. Instead, we think that we exist apart from everything around us, creating our own destinies as we stumble through this world, wrecking the place. This is by far the worst idea that our modern age has forced upon us. It gives us the illusion of make-ability that just isn’t realistic. At all. Our rational brain should be able to gather as much.

Wyrd: the finger that disturbed the insect that killed the guy, saved the girl and ultimately you

Just stick your finger in a body of water, a pool, a river, it doesn’t really matter. The ripples you have caused will effect someone somewhere in some way. If only because you have, say, disturbed an insect, which then decides to take flight. A bird catches it two kilometres up the road in mid-flight. The bird decides to land on a roof to do its chewing. It happens to land on a roof tile that a heavy gust of wind imbalanced two days ago. That tile now falls down, right on top of the head of this guy you have never met. Unfortunately, the guy is just looking up to check the sky against his mobile weather app which predicts heavy snow. The tile ends up point down in the man’s eye, who is not able to do his job ever again.

The hospital he was the head surgeon for is now incapacitated for days at least, until they will find a replacement. As a result, there’s this girl who cannot be operated on in this hospital. She is taken to the nearest facility where they can do the intricate procedure. Thank goodness for that, because they just got that new machine in. It will keep her alive when her vital organs crash. This girl later on in life will spot that car seconds before it hits you and thus save your life. Or whatever other scenario could have unfolded…

The only choice you will ever have

What I’m saying is that everything is connected in a way that is far more complicated than most of us can ever fathom. Our actions do have consequences, but we co-create everything that happens with a myriad of other creatures and factors. It, therefore, is an illusion to think you can completely and exhaustively oversee the effects of your actions. So, let’s ditch all these theories about how you can easily control how rich, successful and famous you will become. The only thing you can do is deal as conscientiously as possible with what life gives you.