How returning to our ancestors worldview helps the earth and ourselves

All Blogs | Written by: Hagetisse on 21.12.20 in All wise woman's blogs, Magic, Spirituality and religion, Up close and personal 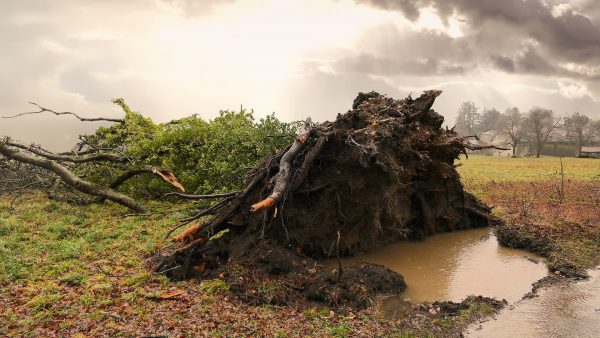 If there’s one thing that gives me hope for the future, it must be the number of people with Germanic and Celtic roots returning to their ancestors’ worldview. This probably goes for other indigenous belief systems as well. But, since I don’t know much about these, I think I should stick to those subjects I feel qualified to discuss.

During the many decades that I have been walking this path, I’ve seen more and more people trying to get back in sync with the beliefs of their ancestors. Be it in a traditional way – by trying to reconstruct and breath life back into their old ways – or by shaping old worldviews to fit our modern world. Why do I find this so hope giving? Because, ultimately, our ancestors’ worldview will most likely re-instil us with respect and awe for nature.

Our ancestors knew we were part of life on earth

Our forebears were all very much aware of the fact that they are not above nature, but are an intrinsic part of the earth, all that lives on and in it and the forces that govern it. Their awareness of this fact is what made their religious beliefs come about.

We lost this awareness with the coming of Christianity, a religion that preached our apartness from nature. But, while we were ‘heathens’, we saw ourselves as we really are: part of the large web that is life. We influence the life forms and forces around us, but they also influence us.

Sacrifice: an important part of our forebears’ worldview

One of the ways in which this becomes clear is in the element of sacrifice, which is important to most polytheistic, pre-christian religions. This whole idea of sacrifice didn’t come from a bloodlust on the parts of our forebears. It was prompted by the idea that we and the earth have a relationship that is based on reciprocity. We receive and we give. They felt strongly that one cannot just take and expect it to have no consequences.

They were correct in this assumption. Since then we’ve strayed far. Christianity, for instance, gave us the false idea that we are lord and master over all that lives and grows. That idea caused us to only start taking, without feeling the need to give back. The mess we’re in now is the result.

Every being has life force

Our ancestors also understood that there is life in all beings on earth and not just the ones that we see moving. Maybe their life cycle isn’t the same as ours. Maybe it is slower and not as obvious. Still, they realised that a tree is a being in its own right and is as important to life on earth as we are.

They knew that a pig loses as much as we do when he’s slaughtered. He loses life. As a result, our forebears were grateful for the bounty that they received from the earth and treated every necessary kill with respect.

Taking responsibility for their life on this earth

Our ancestors were connected to the lives they took and, as such, felt the preciousness of all that lives around them. They knew that each creature on earth must play its part. A famine or natural disaster was looked upon as a sign that balance in life had been disturbed. What’s more, they often took it as their doing and wouldn’t hesitate to act on that notion.

Maybe they overestimated their own, direct influence on their surroundings. However, it’s a healthier approach to living and being on this earth than the generations which followed them had.  They tried to maintain the natural order on the planet they lived on and accepted responsibility for their own role in whatever happened.

Anyone who truly returns to the beliefs of our forefathers and foremothers and really grasps what their worldview was all about, will understand what brought about the crisis we find ourselves in. They will understand that climate change is a direct result of our violation of the relationship we have with the earth. What’s more, they will try to honour that ancient and vital relationship themselves.

Thus, they will play an important part in challenging times to come. So, yes, I welcome any soul who honestly returns to the old ways. Re-establishing a balanced connection to our planet is what we need most at the moment. Not just for the earth, but also for ourselves. For, when we lost our connection to the earth, we lost the connection to ourselves. And I’m a firm believer that this has a huge influence on our general loss of health in the western world.

Everything on this site is regulated by our disclaimer and our terms and conditions. By using this website you explicitly declare that you agree with both.

Any cookies that may not be particularly necessary for the website to function and is used specifically to collect user personal data via analytics, ads, other embedded contents are termed as non-necessary cookies. It is mandatory to procure user consent prior to running these cookies on your website.