Many parts make up more than a whole: the magic of holism

All Blogs | Written by: Emma, the Hagetisse in Magic, All wise woman's posts, Earth and environment, Health and wellbeing, Spirituality and religion, Up close and personal 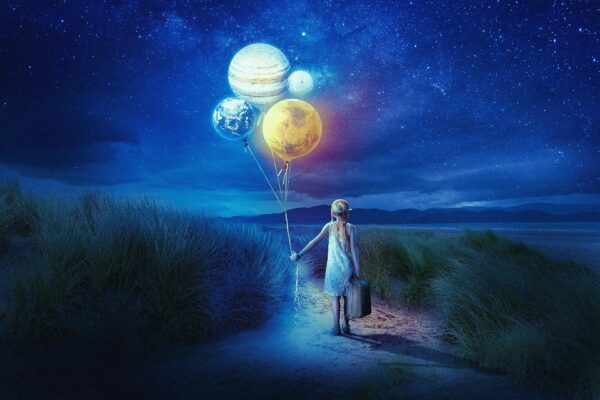 On this website you will come across the word holistic as a way of looking at life in general and humans in particular. But what is holistic? Webster defines it as following: holistic: relating to holism; holism: a theory that the universe and especially living nature is correctly seen in terms of interacting wholes (as of living organisms) that are more than the mere sum of elementary particles.

When you translate that to my work, it basically means that I work with every aspect of a human being in order to improve their sense of well-being. It’s not just physical health, not just mental health, not just finding your proper place in the world. Not just arms, legs, organs, brains, surroundings. It’s all of that together. All of that together is more than the mere sum of the parts and that bit extra, that bit we can’t explain, THAT is magic. Holism, to me, is mostly one of the terms that came into swing when magic became outlawed and people still needed language to talk about that which they knew existed but didn’t  have words for any more.

The other day I read in a Facebook group about herbs a comment by one of the members that she missed a real holistic outlook in the group. She felt that, rather than really looking at health from all angles, the group tended to look at matters mostly from a metaphysical point of view. Whereas regular medicine tends to only look at the physical part of a disease, in the group she only saw the spiritual aspect being addressed. And that, she said, is not holistic.

I must say, she had a point. In that particular group people had the tendency to look for spiritual causes for every physical disease. And no, that is not what holistic is about. Neither is it about finding a herbal cure for any ailment, which is a trend I come across as well.

Holistic overarches both physical and metaphysical

Holistic seems to have become a synonym for alternative, not mainstream, these days. This doesn’t just apply to people who consider themselves mainstream, but also to those who would say they are of an alternative life philosophy. But adding the metaphysical to the equation and focusing on that doesn’t make it holistic.

Holistic is even more than just looking at a human in all its aspects. It is also taking that human’s interaction with the world, and on a larger scale, the planet around him or her into account.

That is exactly why on this website you will find so many subjects that at first sight don’t have anything to do with being a happy human. Except that it does. In the end there is no way a person can be happy while the world or the planet is less than doing well.

There are few people in this world who would argue that a brain could have a full life without a body. Yet we often do not seem to realise that without the earth around us we wouldn’t have an awfully good life either. We treat this planet as an endless commodity that doesn’t need any caring for. In fact, many people do the same to their bodies. They treat themselves as if they are brains on sticks that don’t actually need a healthy body to thrive.

As silly as this may sound, when you get to think about it and look around you and see all the crap we do to ourselves and the earth around us, you must admit I have a point. We have separated ourselves from the rest of the planet and from our true selves by losing track of what life is all about. The more wealth we gather the less happy we are. The more restless we become in looking for whatever will make us whole again. But we will keep feeling the gap as long as we keep creating (and enlarging) a gorge between us and the rest of nature. That is what makes us unhappy and unhealthy.

We are undeniably part of a larger whole

And that is exactly why I put a lot of effort into these blogs. Creating awareness is one of my main goals. Every person that I have reached through this site and who retrieves a healthier outlook on the whole of life is so much more than just an individual gained.

When we reconnect to the larger whole around us, we will feel that interconnectedness again and can finally stop looking to fill the gap in our sense of well-being. We need magic, that bit that’s more than the sum of the parts, and a magical worldview to become ourselves again.