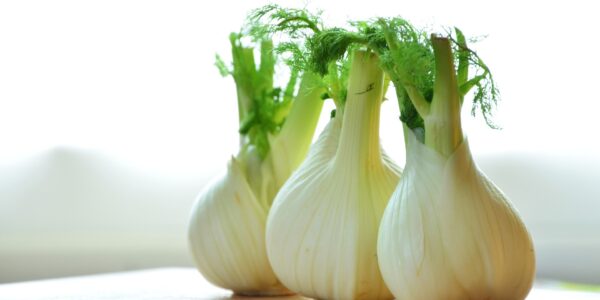 Do you also like fried or roasted fennel? Just prepared with some olive oil, salt and pepper? Or with some blue cheese? I don’t need to tell most of you that fennel, Foeniculum vulgare, is edible. It is not a very common vegetable, but most connoisseurs eat it regularly. But you can do much more with fennel than eat it. Our ancestors knew this very well. There’s a reason that this plant is included in the Capitulare de villis, Charlemagne’s ordinance which determined which plants had to grow in every royal garden.

Fennel has interesting healing properties. A well-known one is its effect on the digestive tract. Many breastfeeding mothers know all about this and drink fennel tea to prevent their children from getting colicky. Less well known is that it also stimulates the production of breast milk. And again less known is its strong effect on respiratory diseases such as bronchitis. And that’s me only mentioning a few applications. There are more!

Fennel is also known for its magical properties. For example, she is a well-known protective plant in general, but especially against malicious entities. Apparently, dwarves do a runner when they spot fennel. You can use it to disenchant people who are under the influence of magic. In addition, fennel can be used for several magical medicinal purposes. Think of the prevention of ageing but also tick bites. In short, fennel is a very interesting plant. Read about it in the rest of this monograph…

Fennel is a beautiful plant that can grow up to 2.5 meters high. It stands on a strong root from which a marrow-like to hollow, grooved stem emerges. This stem is blue-green in colour, just like the leaves, and highly branched. The leaves are finely pinnate, ending in filiform leaflets. In some varieties, the edible leaf sheaths grow into what look like complete, above-ground bulbs, in others this is less pronounced. The first is the fennel as we know it from the shops.
The flowers are small, light yellow and yellow-green in colour, They grow in large umbels of 10 to 40 small flowers without calyxes. These flowers are very popular with insects. The seeds that develop after flowering smell and taste anise-like and are initially blue-green but eventually grey-brown in colour. These seeds are ovate schizocarps with longitudinal ribs.

Fennel was already very popular in ancient times, not only as a vegetable and medicine, but also as a prize. Roman gladiators and champions in ancient Greece were crowned with the foliage.
Fennel oil, which is pressed from the seeds of this plant, is used in all kinds of care products. Fennel oil also deodorizes and can therefore be used as a deodorant.
Insects love flowering fennel, but when dried, fennel repels them. In the past, beehives were often coated with fennel to ensure that the bees stayed with the hive.
Fennel is sometimes used as bait in sport fishing.
Fennel can be found in many liqueurs, including Pernod.
The pith from fennel stems was often used as tinder in the past. Also, this smouldering tinder, encased in bark, was used to carry fire from one camp site to another. This is also how, according to Greek mythology, man got their hands on fire. The Titan Prometheus brought a glowing ember in a fennel stalk to the people. Zeus was furious and had Prometheus chained to the Caucasus. Every day a vulture would come to peck out his liver, which would grow back during the night. This continued until Hercules freed Prometheus and brought him back to Olympus.