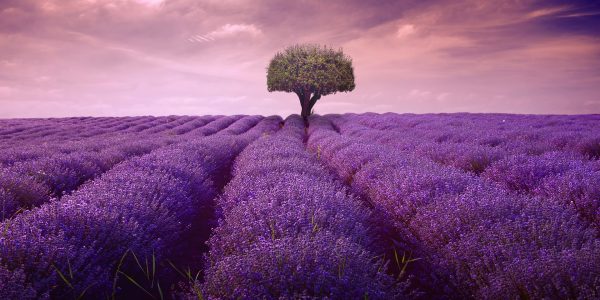 The first plant of this year is an big one! Lavender, Lavandula angustifolia, is so versatile, you simply have to get this plant into your garden. If not because of its many uses – healing power, magic, edibility – then at least because of all the insects that you’ll make extremely happy. For me, its beautiful colour and wonderful scent is an important enough reason in itself to use this plant regularly.

Let’s start with lavender’s medicinal effect. Lavender has many important uses both internally and externally. Lavender has a healing effect on many skin conditions, pains and cramps. Its beneficial effect on nervous disorders is legendary and its effect on digestion is significant. Many people have found relief due to her effect on the lungs. And it’s great for your hair!

Her magical properties are wide ranging, but the best application for me is her supporting power during magical work of any kind. Lavender also has a strong protective effect, keeping evil forces at bay. Another well-known application is love magic. But there is much more. For one, she makes sure moths will leave your precious sweaters in peace. Read this monograph to find out about the rest.

Lavender is a shrub with woody stems. Lavender can become up to 30 years old and, if left alone, it can grow towards 2 metres. Her root system is quite extensive, which is necessary for a plant which often lives in dry environments.
The leaves are axillary, opposite, narrow and oblong in shape, up to 4 cm long. Both branches and leaves are grey-green in colour. The leaves are mainly located at the bottom of the stem and appear less and less when moving upwards. The leaves protect themselves against drying out because of the hair on the underside of the leaves and because the leaves can be slightly revolute.
At the stem apex we find the inflorescence, a raceme with blueish-purple tubular flowers. The colour of the flowers is influenced by the amount and intensity of the sun. After flowering a achene is formed which contains 4 small nuts.

Lavender in the wardrobe repels pests, including moths and lice.
I usually have a bottle of lavender oil with me when I’m on the road. Thus I can quickly disinfect a wound.
Lavender has been used as a perfume for thousands of years.
In ancient times, prostitutes perfumed themselves with lavender because it would magically attract men. Because of this, excessive use of lavender was automatically associated with paid love and used to identify prostitutes.
In the renaissance this was completely reversed. Lavender was then used to protect a woman’s chastity.