The foundation of a healthy life, part 6: what to do when things go wrong

All Blogs | Written by: Emma, the Hagetisse in Health and wellbeing, All wise woman's posts 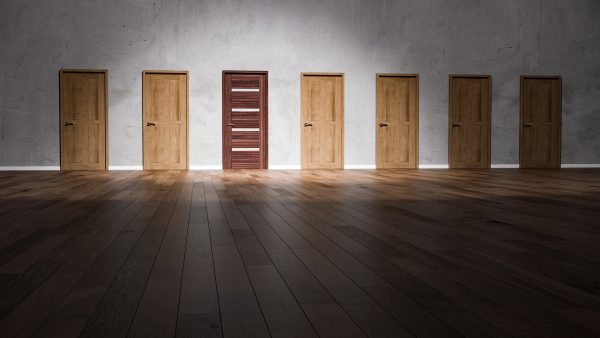 Many people will have little to do with doctors and hospitals. That is, if they listen carefully to their body and common sense, and eat and exercise in a way that suits them. Sometimes a visit to the doctor is unavoidable, however. When in acute need of assistance, for instance in case of a severe bacterial infection, broken leg or other affliction which calls for immediate and targeted action, it is a blessing that modern medicine exists.

Nowadays, many requests for help are dealt with through protocols. A protocol is a standardised “if-this-then-that” process, which in many cases allows a medical professional to rapid and accurate work from symptom to suspected ailment. This often works very well, but as the word “standardised” suggests, this diagnostic tool is mainly suitable for the average situation.

Being a doctor today is not easy. My main experience is with the Dutch system, but I’ve heard from many of my foreign friends, that things aren’t all that different where they’re from. Since the introduction of the free market in Dutch health care procedures has been aimed at making the system as economically efficient as possible. As a result, the funds available per consultation have decreased.

In addition, the administrative burden, that a medical practice faces, has increased enormously. After all, we want to know exactly where that money is going. As a result, there is less and less time per patient consultation. Add to this the fact that insurance companies require that everything goes according a fixed protocol, to minimise any possibility of liability, and you’ll understand that a doctor is quite limited in the use of his own insights and the use of other methods than those that are regular.

Symptom relief is not the same as curing a disease

The result is that we now have a medical system in which everyone is supposed to have come from the same mould, which clearly isn’t the case. As we previously determined, you can even easily see that everyone is different. The system is also mainly focused on symptom control, because that gives the fastest result. But a symptom is not a disease; it is an expression of a disease. Even what we usually call the disease is not the disease, but the result of a deeper process gone wrong.

Take, for example, the disease that I used to suffer from. I had allergic asthma, which means that I would be short of breath regularly because I reacted allergic to all kinds of things that I inhaled. The diagnosis went as follows: I went to the hospital and got all kinds of substances scratched in my skin, each substance in a separate spot on my arm. After a while my skin was checked for visible reactions to any of the substances. There were some very clear reactions. Therefore, this test was followed by a blood test to see how allergic I was to those substances. Each substance was given a score, so I knew exactly to what extent certain substances in my environment were a problem at the time.

The treatment that followed focused on regulating the symptoms. So cats were evicted, the backyard, curtains and carpeting were tossed out and tiles, luxaflex and laminated floors were carried it. I wasn’t allowed to cut down all the birches within a radius of several kilometres, but all in all a lot of my direct environment was adapted. In addition, pulmonary inflammation was suppressed by anti-inflammatories and I took daily medication against possible allergic reactions.

Ask WHY it goes wrong

All fine and dandy, everything under control. Right? Well… ‘fraid not. Despite all the measures taken, things still went wrong regularly and even more medicines were thrown at the problem. Inhalers if things went a little wrong, antibiotics and prednisone if things went badly wrong.

In retrospect, I don’t understand it at all. Why was nobody looking at why my body reacted in this manner? Surely, the disease didn’t consist of the symptoms of allergic asthma, but the fact that my body reacted to things it shouldn’t respond to at all? Why did it do that? No one seemed to wonder.

It’s not like I think the specialists I saw over the years didn’t genuinely want to help people. I saw the concern in their eyes. I suspect the problem was that they hadn’t been taught to think beyond naming a syndrome, because that did not fit into the system of mainstream Western medicine.

Our urge to control often leads to placating and appeasing

We like to be able to reason and put everything neatly into a neatly defined frame. However, the way our body functions is so complex and so insanely well-tuned to the intricate interplay of the environment and type of life with which it has to deal, that we cannot understand it at all. And we, our scientific minds, tend to think that what we don’t understand isn’t real.

Our society demands that we can explain what we do and if we are unable to do so – if we cannot reproduce our results according to the guidelines for valid scientific research – then it does not exist. It doesn’t matter how well a method works. If we can’t prove it in an RCT, it’s not considered a valid result. And so it happens that many chronically ill people remain at the mercy of a system of placating and appeasing.

Looking for the underlying causes of illness

Alternative medicine doesn’t work that way. I feel resistance to the use of the word alternative, since this form of healing existed long before what we now call mainstream medicine. But let’s stick to this terminology. That way, most readers will at least have a correct frame of reference.

A good alternative healer goes beyond naming the cause of the symptoms. He or she will want to know how the body could become so unbalanced that a disease had the opportunity to develop.

In my practice, I always start from the fact that the body is a beautiful interplay of processes and matter. An illness is caused by an obstacle in that interplay. The English word for illness, disease, is a fantastic expression of this principle. An illness is a dis-ease, where ease is the ease with which the body moves through life and disease disrupts that ease. Finding the disturbance is not always easy, but when we succeed, the result is often astonishing.

Look at it from the point of view of your genes

That is alternative medicine as it is meant to be. It starts from a regular diagnosis, examines which processes underlie a condition and continues until the root of the problem has been reached.

For those who now think I reject mainstream medicine, that is not the case. I am in favour of an integration of regular and alternative medicine. This creates a medicine that combines the fantastic possibilities that mainstream medicine has brought us, with the wisdom that alternative medicine offers. In an ideal world, there are no camps, but one medicine that does not think in boxes and simply does what it takes to end disease.

More on this topic in the next blog…