The foundation of a healthy life, part 9: how do you want to live your life?

All Blogs | Written by: Emma, the Hagetisse in Health and wellbeing, All wise woman's posts 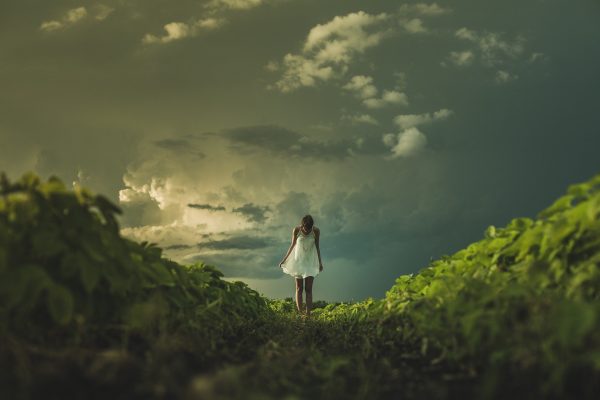 How do I want to live my life? This question may seem superfluous, but if society has told you from a young age what a good life looks like, or what the norm is for good living, chances are that you no longer have any idea of what it is that you consider important.

Especially as a young child you’ll have taken in a lot of information as being true and it is difficult to see past that conditioning. You’ll have incorporated those truths of your early childhood into your subconscious mind. What makes you aware of such limiting beliefs is that what you think you want or is truthful occasionally clashes with your deepest desires.

What’s yours and what’s someone else’s?

Consider this: you see something on TV or in a magazine that makes you completely happy, but you immediately hear a voice in your head which says that you shouldn’t feel that way. You speak to someone who gave up his top level job three years ago, sold his house, now lives in a tiny house and mostly creates things to make the world a bit more beautiful. Your inner insurance advisor promptly tells you that his way of life is dangerous; you have not forgotten the fable of the cricket and the ant, have you?

Every time you walk past that tattoo shop a symbol, that you would like to see on your body, pops up in your head. But it’s immediately followed by the thought “People with tattoos are antisocial” and you quickly walk on.

Often you don’t even know where these thoughts come from, but they do sometimes get in your way. Becoming aware of these internalised ideas is the first step in breaking patterns. When you feel happy about something time and time again, but involuntary thoughts correct you right away, it could be that you are dealing with a limiting thought.

Get rid of limiting thoughts

You can consciously dismantle that thought. Contrary to popular belief, you control what goes on in your head.  I will probably write more about that later , because controlling your own thoughts is vital to your well-being.

For now you can practice with consciously replacing thoughts that limit you with thoughts that serve you. You do this by kindly but firmly saying goodbye to the limiting thought and deliberately planting the desired thought instead. An affirmation, a kind of formula with which you imprint what is important to you, is one way of doing this. The fact that affirmations are often used in religions to internalise their truths shows the effectiveness of this method.

In case of the man with the tiny house, you could, for example, point out to yourself that you don’t need that much when living that way. That security doesn’t exist anyway and therefore someone with a mansion of a house – and a demanding, well-paid job to be able to pay for the mortgage – actually runs more risks than the tiny house man. In case of the tattoo bias, think back to that nice conversation you had with that woman who had a huge tattoo on her arm. She was such a sweety.

By feeling out what makes you genuinely happy and experiencing what is undermined by your own bias, you can gradually tackle your limiting thoughts. You can then start experiencing whatever makes you happy without the additional guilt. You’ll be ready to organise your life exactly the way want it. The result: a more carefree and fuller life in which you can completely be yourself.

A life in which you can shake off what turns out not to fit, because that also happens. You’ll turn into paths which will find you thinking “uhm, not quite what I hoped for.” Fortunately, you’ll have said goodbye to the limiting thought about making decisions for the rest of your life at that stage. So you know that you don’t  have to linger in situations that don’t suit you. In addition, you’ll by then have long known that making mistakes is human and that, as a person, you’re continuously learning. You are therefore no longer afraid to make mistakes and fess up to them.

Understanding that you continue to learn is essential

I have made quite a few sidesteps over the years. At the time, I was often convinced that they were the right option for me. And they were… if only because I found out that they didn’t work.
The Dutch say: beter ten halve gekeerd, dan ten hele gedwaald. It means as much as it’s better to turn around halfway than to get lost altogether. Or, in other words, you better admit halfway through that something was not the right choice, then go ahead knowing better. Still, many people think you should defend yourself whenever you recant a previous decision.

“Apparently I was wrong.” my answer will be, or “My insights changed along the way.”

No problem whatsoever. It only becomes difficult when you continue defending your previous choices or beliefs. You can’t keep that up. What’s more, you don’t have to defend yourself at all. As long as your choices don’t harm your conversation partners, you do not owe them an explanation.

More on this topic in the next episode…