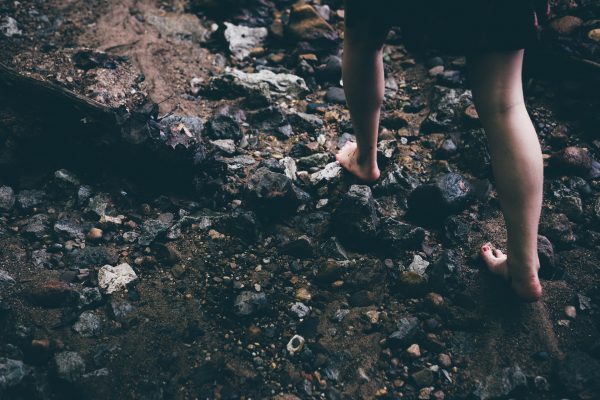 Hagetisse (or haegtisse, haegtis or haegtesse) is an old Germanic word. It means as much as hedgewoman, the woman part signifying not just any woman, but a powerful woman, a magical woman. Hage or haeg meant hedge, dense growth on a border, while tisse derives from the word dis (plural disir), which literally means ‘lady’, but also had the connotation spirit, goddess and sorceress.

Through time and circumstances the hagetisse has moved into the shadows of our society and with her we lost touch with the earth around us and the magic she offers. The consequences are disastrous and make us, humans, literally ill and unhappy. Time to restore the hagetisse to her former glory. People need her…

The hagetisse is a cunning woman, a herb crafter, a holistic healer. She used to be the woman who lived on the edge of civilisation and to whom you turned to when you were ill and needed curing. But also if you had a problem that wasn’t that easily solved by conventional methods. She is also a woman who moves between worlds, this one and the world of mysteries. Hence hedgewoman or hedge rider. A hedge is traditionally a portal to the otherworld. It is where the visible stopped and the invisible started.

A hagetisse needs to be able to see the larger whole to do her work. She’s a truth seeker more than anything else. She doesn’t stay at the surface, but dives in deep. She moves past the narrative that our world uses in an attempt to create order out of chaos and sees life for what it is.  That doesn’t mean she understands everything rationally, but at least she realises that she has her limitations and keeps at it anyway, employing her intuition and inner wisdom. Her favourite question is: ‘Is that so?’

As some of you will have already realised, this description resembles another job description: that of a witch or a wise woman.
Want to know more about me and my background? Read this page…