Witch or hagetisse: what’s the difference and why aren’t I called a witch?

All Blogs | Written by: Emma, the Hagetisse in Up close and personal, All wise woman's posts, Earth and environment, Magic 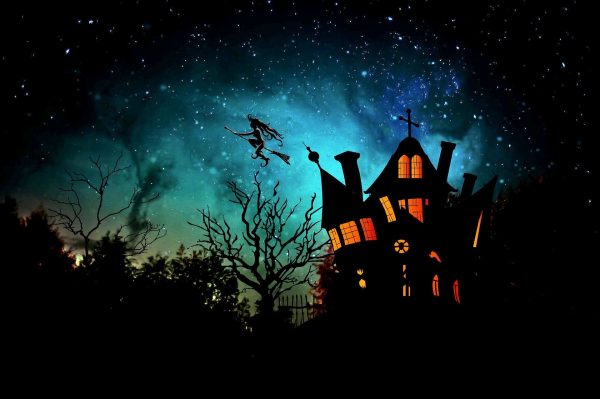 A question that I get asked a lot is: “You call yourself a hagetisse, but aren’t you really a witch? What’s the difference?” I guess that from some perspectives you could say I am, while in others I’m not at all. I don’t particularly like that term myself. It’s a word that has often been used to depict women of dubious moral standards and it seldom meets a universal response. To some a witch is a Disney character with a large, hooked, warty nose. To others she’s a Wiccan with all the trappings that come with practising wicca. I fit neither of these two descriptions. I’m a witch in the sense that our pre-christian forebears knew her.

Witch derives from the Old English wicce, or a female leech, sorceress or wise woman. The origin of the word is not completely clear, but dictionaries and glossaries of the time all point towards a female provider of sorcery, divination and the likes. It is used in connection to other words that denote a combination of healing and magic, like gealdricge, scinlæce and, of course, hagetisse in its various spelling variations. The craft in witch-craft  would be used to promote health and well-being mostly, at the time. None of the words in this alinea would have evoked Snow White or fantasy novel type magical practitioners related associations in our forebears minds.

As you can see, the word does not refer to ‘a follower of nature religion’ anywhere. That is because it didn’t have that meaning, originally. A witch, hagetisse or galderwoman practised a craft. She wasn’t a priestess. The devil didn’t have anything to do with it either. That was all introduced by later generations, the latter by the Christians, the former by neo-paganistic movements. Of course, my craft does have a pre-Christian spiritual basis – it involves working with energy, earth inherent powers and spirits amongst others – but I do not function as an intermediary between people and gods of sorts. And spirituality is definitely not the same as religion.

I choose explanation, not assumption

Of all the words mentioned, witch has been the one most abused and misused. That is why I chose not to use it in connection to my practice. It causes too much speculation and miscommunication. Trust me, the words magic, witchcraft and sorcery will used often enough on this website. It’s just easier using those words rather than providing an intricate description that will only make my texts harder to understand.

Since explaining my craft is hard enough as it is, I have chosen to use a title that comes with a little less baggage. So I picked hagetisse. Using a fairly little known word maybe means I will more often have to explain what I do, but at least I will not have to deal with a mountain of assumptions that don’t have anything to do with me. I rather start with a clean slate. Doesn’t mean I’m anything other than a witch, though 😉