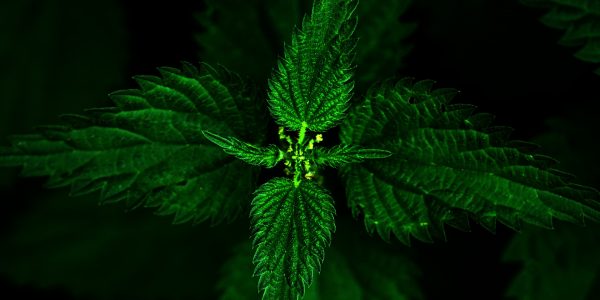 Everyone has had a run in with the stinging nettle, Urtica dioica, at some point and knows that he lives up to his name. After touching this plant, your skin seems to be on fire for a while due to the formic acid that the plant secretes. The plant is reviled by many and often torn from gardens. The people who do this clearly do not know the value of this plant. Admittedly, nettle can take over a bit if you don’t keep it in check. But the great thing is, if you can’t beat it, you can always eat it.

Medicinally, it can be used for so many things that I was almost reluctant to start writing this monograph, knowing it would be an enormous job. But that is precisely why he belongs in this vademecum. I will mention the most important applications here, to wit its blood purifying and detoxifying effect, its immune strengthening and remineralizing effect and its anti-inflammatory and analgesic effect. But there’s way more, as one look at the medicinal properties section will tell you.

Magical properties of this powerful ally

Magically, it makes sense, of course, that nettle would have a protective effect. After all, no one passes the stinging hairs of this plant. It’s not surprising, therefore, that such a powerful plant repels fear. But nettle can also make someone burn with passion. It is therefore a plant that is often used in love magic, including upping that libido.

The nettle grows on a strong, running root, which branches strongly and quickly, allowing the plant to spread over large areas. The stems are green, square and hairy, among other things with stinging hairs. The leaves are placed opposite each other, acute ovate with a serrated edge. The leaves are covered with, amongst others, stinging hairs as well. From the axils small, green flowers grow in panicles, which are about 8 cm long. The male flower panicles stand upright, the female hang after fertilization. Those feminine flowers produce small yellow-brown achenes.

The small nettle (Urtica urens) is perhaps even more powerful than the large nettle. In any case, they have the same applications. However, I have chosen to discuss the large nettle because it is more generally present.
In Norse mythology, the nettle was dedicated to Donar, i.e. Thor.