The foundation of a healthy life, part 5: exercising the right way

All Blogs | Written by: Emma, the Hagetisse in Health and wellbeing, All wise woman's posts, Practical 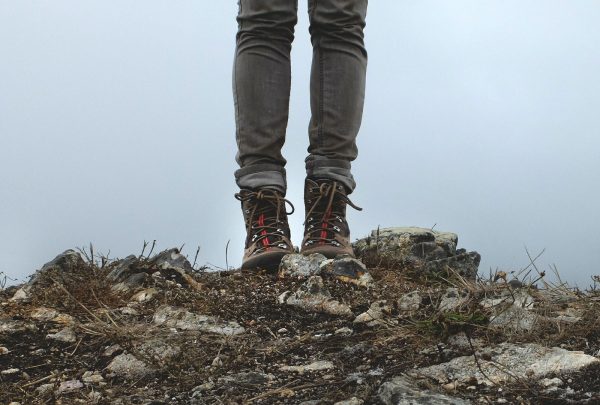 We humans have always exercised a lot. We had to if we wanted to eat and drink. Even when we became farmers, we moved a lot. Crops did not plant, care for and harvest themselves.

Throughout history, society in many parts of the world has slowly but surely stopped moving, as well as eat too much. First the rich. They could pay others to do the hard work for them. The closer we got to our present time, the more people could afford to stop moving, until ultimately only a minority really moved a lot.

Parallel to this development, we saw that some diseases, which we call lifestyle diseases – think obesitas, diabetes, etcetera – slowly but surely spread to the entire population. The less we started to move, the sicker we became. Moving our bodies is an essential part of health. We can all agree on that, because the consequences of insufficient exercise are clearly visible around us. Yet that knowledge is not always enough to get us moving. How did that happen?

We are programmed to use our energy sparingly

Because energy is a scarce commodity, we are programmed to use it as sparingly as possible. We therefore only move when necessary and otherwise prefer not to. Moving our bodies is not really necessary that often anymore, so we have to force ourselves to exercise nowadays. We call this working out or playing a sport.

Not everyone is equally good at that, forcing themselves to work out. As we have seen, that is not weird, since we naturally use as little energy as possible. Which makes it even stranger to see that some people actually engage in top sport. That takes a driving force which is essentially against our nature.

Top sport is not actually all that good for you

Top sport is continuously unnecessary, repetitive and excessive exercise and therefore demands more from your body and mind than is actually healthy. There’s a reason that top athletes are often injured and sometimes even drop dead. That’s why I don’t really understand why top sport tends to be idealised in our society. It isn’t something one should aim for if one wants to be healthy.

Of course, it is great if a successful top athlete inspires people, who do not exercise enough, to join a club, but a warning for too much fanaticism would be in order. Something like: “Please note, top sport can cause a worn-out body and disrupted bodily processes.”

Not working out and still fit

I am one of those people who will never become a top athlete. I am not competitive, so wanting to win a match was never an incentive. As an introvert, social contacts were no reason to want to run around as part of a team every week. And to the gym? The times I tried that, I hardly lasted a month.

But I was always fit. My muscle mass was well developed, as a child already. I didn’t know why that was. After all, I considered myself to be a-sportive. If you don’t enjoy playing organised sports, you just aren’t sporty. At least that was the dogma I had been taught to believe in and I had taken for granted.

Find a type of exercise that suits you

You can probably see it coming a mile away: that dogma was utter nonsense. I do like to move. I just don’t see the point of walking on a treadmill. Who on earth prefers that to walking outside and seeing a beautiful environment at the same time? However, it took some time for me to see that all that cycling I did, those long walks I took and hard physical work I did in the garden, fields and in the stables is plenty working out. I first had to understand the origins of man and what threats and motivations to keep moving we faced before we became these spoiled couch potatoes.

The moral of this story is that exercise is essential for good health, but it is nonsense that it should come in the form of a sports club membership. It is mainly a matter of finding something which is important enough for you to get you moving. For me that something is a beautiful environment, being outside with the sun on my skin and enjoying the garden. For my husband, it is music. There’s always something for everyone.

More on this topic in the next blog…