About the magic in my work and my practice

All Blogs | Written by: Emma, the Hagetisse in All wise woman's posts, Magic 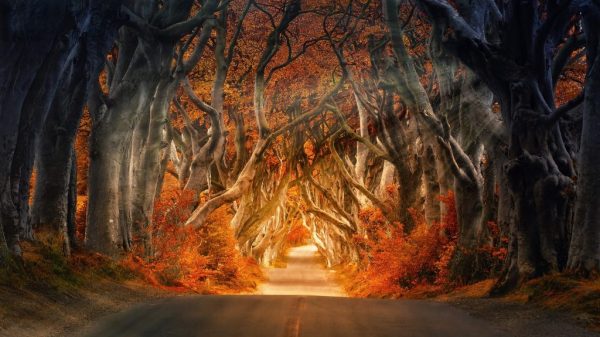 I had my doubts whether magic is the word to use on my website. It has become quite polluted over the centuries. But to not use it means denying an essential part of reality. So I decided to take the leap… Magic itself is influencing reality by interfering with the web of being that underlies everything. In that sense it is a useful tool for my target group. They find themselves in a reality that is not good for them and that they would like to change.

But isn’t magic often dismissed as something non-existent? Yes, it is. This originally non-dualistic system has been deliberately blackened by a patriarchal monotheistic worldview. Why would I want to be associated with this?

First of all, the statement that magic does not exist – and, as a result, that you cannot influence reality through. let’s say, rituals – is an assumption. The claim is not based on any empirical evidence. Dismissing magic as nonexistent and nonsensical can therefore be traced directly to the arrogance of man.

In the past, people have already made this mistake several times – if you cannot prove something, it isn’t there – so you’d expect that people would no longer rely on it. There are too many examples of things that do happen even though science cannot explain them. But unfortunately, the shortsightedness that regular medicines often demonstrates when it comes to traditional medicine only shows us that some people are big asses.

A magical worldview is about connectedness

It’s precisely this deep connection that magical insight provides which has given me the tools to get to the heart of a problem. It ensures that I can make connections that aren’t obvious to everyone. It ensures that I am extremely focused on my gut feeling and can quickly and effectively use the source of wisdom to which I am connected. It ensures that the question that has never been asked, but which is the key to the solution, comes to my mind during a consultation. It ensures that I know what to do next, what the person in front of me needs.

Sometimes I provide my client with a little bit of my Knowing in the form of an amulet or talisman. For my clients this is a tangible reminder that something has been set into motion. It offers them something to hold on to while going through the process. And there are other things I do to support the process.

Trust instead of analysing something to pieces

The moment I start questioning myself about this, I quickly get cut off from that source. So I don’t. I prefer to call this the magic which makes me a hagetisse instead of an “ordinary” therapist. I am, therefore, not going to explain it further.

The last thing I can say about it is that you might say that this makes my approach holistic. In my opinion, the term holistic was invented for that purpose. To be able to talk about a magical worldview without the stake being fired up. Magic has definitely not disappeared, we just invented other terminology.

However, the term holistic has also become contaminated by now. This time because science dominates in our society. The word, meanwhile, has a woolly and vague connotation to many people. Weird, cos what I do is very down to earth. It’s diminishing overly mind-based lifestyles, getting those feet firmly planted on the ground. It’s once again knowing what you are and where you come from.

I grab that opportunity, that mountain of old knowledge, with both hands

It seems that words that bring us back to our true nature are repeatedly polluted by ideas that do not allow us to be ourselves. I don’t think it is useful to come up with new terminology again and again. I’d rather go back to the origin. I just call it magic. If you’re not comfortable with that, just ask someone else for help.

Do know that this has consequences. If you insist to approach a challenge only from the rationale, the conscious mind, you cut yourself off from a whole mountain of old knowledge that is simply up for grabs. Anyway, each their own…