The advantages of fate: the freedom that comes with letting go

All Blogs | Written by: Emma, the Hagetisse in Magic, All wise woman's posts, Spirituality and religion, Up close and personal 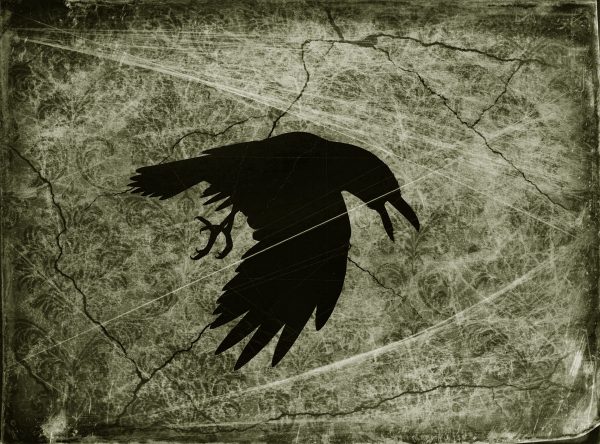 I can imagine that my last article about fate was a bit of a shock. For most people who have grown up in our society it takes an 180 degree turn to accept this reality. From our early days we are pushed to ‘take control’ over our lives and ‘work hard’, because ultimately WE determine whether we will be successful or not. The definition of successful most of the time being rich or famous, and preferably both.  Just ask any rich person why they think it is fair that they have a shitload of money while others are starving and they will tell you that they worked hard for it and earned every penny. While I don’t contest that some of them did work hard to earn that money, it doesn’t explain why others, who work just as hard or harder, still can’t scrape together enough money to make a decent living.

If life is makeable, why are there lazy rich people and hard working poor ones?

Now, before you assume I am just a bitter person who got the short end of the stick in life financially, you’re wrong. I have found myself in a fairly comfortable situation on average. Sure, life has had its ups and downs, but all in all I can’t complain. But what annoys me about this attitude, is that it also means that if you are not successful in whatever area you want to be successful in, that is all your own doing as well. And that argument is exactly how the privileged ‘explain’ the difference between themselves and the poor and why it’s fair that it should be this way. But if you really look at it, you can see the cracks in this argumentation a mile away.

‘So I will never get where I want to be? Your fate thing sucks!’

Imagine a huuuge spider web. Now make it go in all possible directions instead of staying flat. Each thread goes to any possible thing or creature in the world. That is a whole lot of threads. Whenever something happens to a thing or creature, its thread will vibrate. That vibration influences a lot of other threads in varying ways and intensities. You are on one of these threads as well. You influence other things and creatures in all different kinds of ways and are influenced yourself in turn. Mind, this doesn’t mean you might as well stop doing anything because everything is predetermined. It is not. At least, not in the funfair fortune teller’s kind of way (‘you’ll have 3 kids and a Labrador before you are 35.’).

The present only exists in the past

The web of fate changes and is woven as we speak. It’s a work in progress. As I wrote in that earlier blog on wyrd: our actions absolutely do have consequences, but we co-create everything that happens with a myriad of other creatures and factors. So you cannot simply say that you want something in future and as long as you stick to the plan you will get there. There are too many other influences at play. But you can work with the hand that you have been dealt. The bit that has already been woven is fixed, for sure. That’s the position you’re in: when you think you’re making a decision, you are actually not. You are pushed in a certain direction by the situation you find yourself in. The present is an illusion. It actually only exists in the past, cos that’s when your current situation came to pass.

It’s bit like sitting in a boat and find yourself being caught up by a storm. You are going to have to ride out this storm, but you can choose whether you’ll do it whimpering in the bottom of the boat or trying to get to a safe place as well as you can, given the circumstances you find yourself in.

‘So what you are basically saying is: fate means ‘go with the flow?’’

Yeah… I guess. Although not in the hippie ‘It’s all good, man!’ way. It is not about denying that sometimes rotten things happen in life. It is more about really, really accepting whatever happens. You don’t have to be happy about it. Rage about it for, growl it out. I hope you have people around you who are able to empathise and sit with you when you go through bad times. But also realise that it is no use struggling against it. You accept it – a process which will undoubtedly have its ups and downs; you are, after all, human – and make the best of it. It’s even the case that there is always a silver lining, even though you won’t necessarily see it right away. Actively looking for that silver lining might make it easier to accept what is.

And the beauty of all of this is that it gives you an awful lot of freedom. You will no longer be held hostage by the idea that the choices you make is all-encompassingly important. Nothing you do is that important, because you are part of that big web of fate and you can’t control all the threads. You can ride the waves as well as possible though. Now, that is freedom!